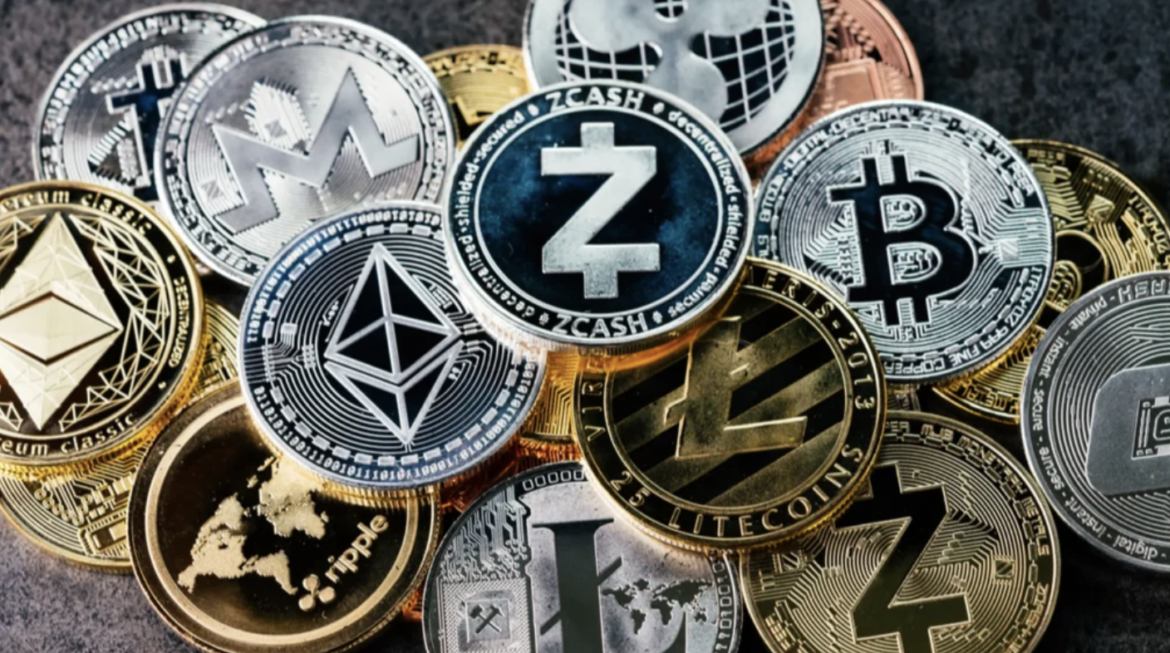 Cryptocurrency, often referred to as cryptos or crypto-currency, are many types of digital or virtual currency that employs encryption to protect transactions. There are many types including; Bitcoin, Doge coin, Ethereum, etc.. Cryptocurrencies lack a central issuing or regulating authority, instead relying on a decentralized system to track transactions and create new units.

Cryptocurrency is a digital payment mechanism that does not rely on banks for transaction verification and it isn’t government regulated. It’s a peer-to-peer system that allows anyone to make and receive payments from anywhere anytime. Cryptocurrency payments exist solely as digital entries to an online database identifying specific transactions, rather than actual paper money carried around like cash. The transactions that you make with cryptocurrency funds are recorded in a public ledger. Digital wallets are used to store cryptocurrency and there are many different apps and websites used to store them, and you have to be extra cautious as there are lots of hackers trying to hack into digital wallets stealing millions of dollars.

Bitcoin, the first cryptocurrency, was created in 2009 and is still the most well-known today. Much of the fascination with cryptocurrencies stems from the desire to trade for profit, with speculators driving prices high at times. But it’s a risk as prices could sky rocket, or they can tumble all the way down which is currently what’s going on in the market.

How does it work?

Cryptocurrencies are based on the blockchain, a distributed public database that keeps track of all transactions and is updated by currency holders.

Cryptocurrency units are formed through a process known as mining, which entails employing computer processing power to solve complex mathematical problems in order to earn coins. The process of mining can vary in time too as it could take a few minutes to mine a coin, or it could take days. Users can also purchase the currencies from brokers or through 3rd party apps which is more common, which they can then store and spend using encrypted wallets.

You don’t possess anything concrete if you own cryptocurrency. What you possess is a key that enables you to transfer a record or a unit of measurement from one person to another without the involvement of a trustworthy third party. There are many companies now that are coming out and saying they will allow cryptocurrencies as a way of payment, like Elon Musk of Tesla said you can soon buy a Tesla with either Bitcoin or Doge Coin

Although Bitcoin has been present since 2009, cryptocurrencies and blockchain technologies are still in their infancy in terms of financial applications, with more to come in the future. Bonds, stocks, and other financial assets might all be traded via the technology in the future.

Blockchain technology is commonly used to create cryptocurrencies. The method transactions are recorded in “blocks” and time stamped is described by blockchain. It’s a lengthy, complicated procedure, but the end result is a secure digital ledger of cryptocurrency transactions that hackers can’t alter.

Transactions also require a two-factor authentication process. To begin a transaction, you might be requested to enter a login and password. Then you may be required to input an authentication code sent to your personal cell phone through text message.

While security measures are in place, this does not mean that cryptocurrencies are impenetrable to hackers. Several high-profile thefts have wreaked havoc on bitcoin startups. Coincheck was hacked for $534 million, and BitGrail was hacked for $195 million, making them two of the most expensive cryptocurrency attacks of 2018.

The value of virtual currencies, unlike government-backed money, is solely determined by supply and demand. This can lead to dramatic swings in the market, resulting in significant gains or losses for investors. Furthermore, compared to traditional financial instruments such as equities, bonds, and mutual funds, cryptocurrency investments are subject to significantly less governmental oversight.