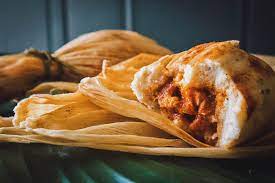 Food is an essential part of our lives. Whether you’re traveling, or out and about in your daily lives, food culture is essentially an important part of traveling, and it can help you discover the practices surrounding food, it also sheds light on basic belief and dispels the stereotype on what people eat if there from a certain place. But when traveling over unknown countries, it can be scary. Especially when it comes with unknown spices to unknown recipes you never heard of. So, I’ll be covering over Guatemalan cuisine due to being less known for it’s food culture.

Here are 9 Cuisine to the Guatemalan Culture

Pepian is a meaty, mild spicy curry. The Pepian is a mixture, or combination, of Spanish foods (such as onion, coriander and cinnamon) and Mayan spices. Its mildness of the spicy can vary depending on the one cooking. Declared as a part of it´s national heritage by the Guatemalan government in 2007, Pepian can be found from 5 star hotels to markets and street vendors in Guatemala.

Chile Rellenos translates to “Stuffed Chile”. This can also a Mexican dish due to being almost exactly the same: A green Chile, typically stuffed with minced meat, cheese or/and beans. Which is then later coated with eggs, giving it a golden brown tone it’s crispiness once cooled down. However the only difference being is the type of spice. While Mexicans’ use pasilla or even jalapeño peppers, Guatemalans’ use smaller bell peppers; clean out the insides of seeds, then have the larger bell pepper cut in half and cleaned.

Guatemalan enchiladas, or otherwise known as “Jardineras” or “Tostadas”, is a traditional Guatemalan dish. Not to be confused with the Mexican Enchiladas, the Enchiladas Guatemaltecas is made with flavored ground beef and piled a little way too high with veggies, and finally topped with a slice of a boiled egg. It’s typically sold in street vendors around Guatemala, so it’s an easier dish to get when visiting.

Rellenitos de plàtano; translated to stuffed plantains. Rellenitos are essentially made up of two main ingredients – Plantains and beans. While beans and plantains don’t sound appetizing due to plantains being used for sweet treats and the beans is known for being used in savory dishes, they mix very well. For example, when adding sugar-or grated chocolate, powdered cinnamon and sugar- it gives the beans a shiner and more glazed looked, it doesn’t even taste like beans any more. It’s sweet flavor makes you forget what it was made from and instead has a similar taste like chocolate. And thus it’s unique flavor is what makes the food count, after all.

Mole de plàtano is a rich yet easy recipe. First you roast tomatoes, the chili pasa and guacque, and half a cinnamon stick together and the pumpkin and sesame seeds separately. After that, you blend them all together and melt a and mix 200 grams of chocolate with cinnamon. Then, as you stir the chocolate mixture, add the blended mixture. Later, you make plantains and fry it with oil until browned and mix it in to the chocolate-chili mixture. And at last, your finished.

An Empanada, a dish of Spanish cuisine, is a type of baked or fried turnover consisting of pastry and filling, common in Spanish, other Southern European, Latin American, and the Philippine cultures. However, Empanadas Dulces are filled with chocolate, caramel, dulce de leche, and many other kinds of sweet jelly you could ever think of.

Atole or Atol de Elote is a true delight that can be both sweet and comforting but also a vestige of the glorious past of the Mayan civilization. A traditional hot corn-and masa-based beverage. Chocolate atole is known as champurrado or atole.

Ponche de Frutas, or Fruit Punch. is what you expect. Prepared mainly with fruits such as pineapple, papaya, grapes, banana, among others. Depending on the person taste or preference, each person can enjoy it from warm to chilly.

Horchata, or Orxata, is a name given to various kinds of plant-based beverages. In Guatemala, it’s made from rice, evaporated milk, cinnamon and water. Usually a refreshing drink, for either a frosty winter night or hot summer day, it is also used to fight fevers. Horchata has a source of Vitamin B9, which helps to provide energy and is known to promote a healthier liver and kidney.

While there are many other type of cuisines dishes in different Hispanic culture that can range to something simple like melon bread from Mexico to Duck Pâté en Croûte in France, no one can truly deny how these dishes influence the place from where they come from.

Born on the 26th of August in the year of 2006 [Virgo], Leidy Aguilar is a sophomore at MAST@Homestead that works as a broadcaster and writer for “The Caduceus Times”. She loves to learn about baking drawing, reading, and writing stories full of fantasy. While she may also prefer a pastel or light color on a daily basis, she shy away from embracing darker hues.