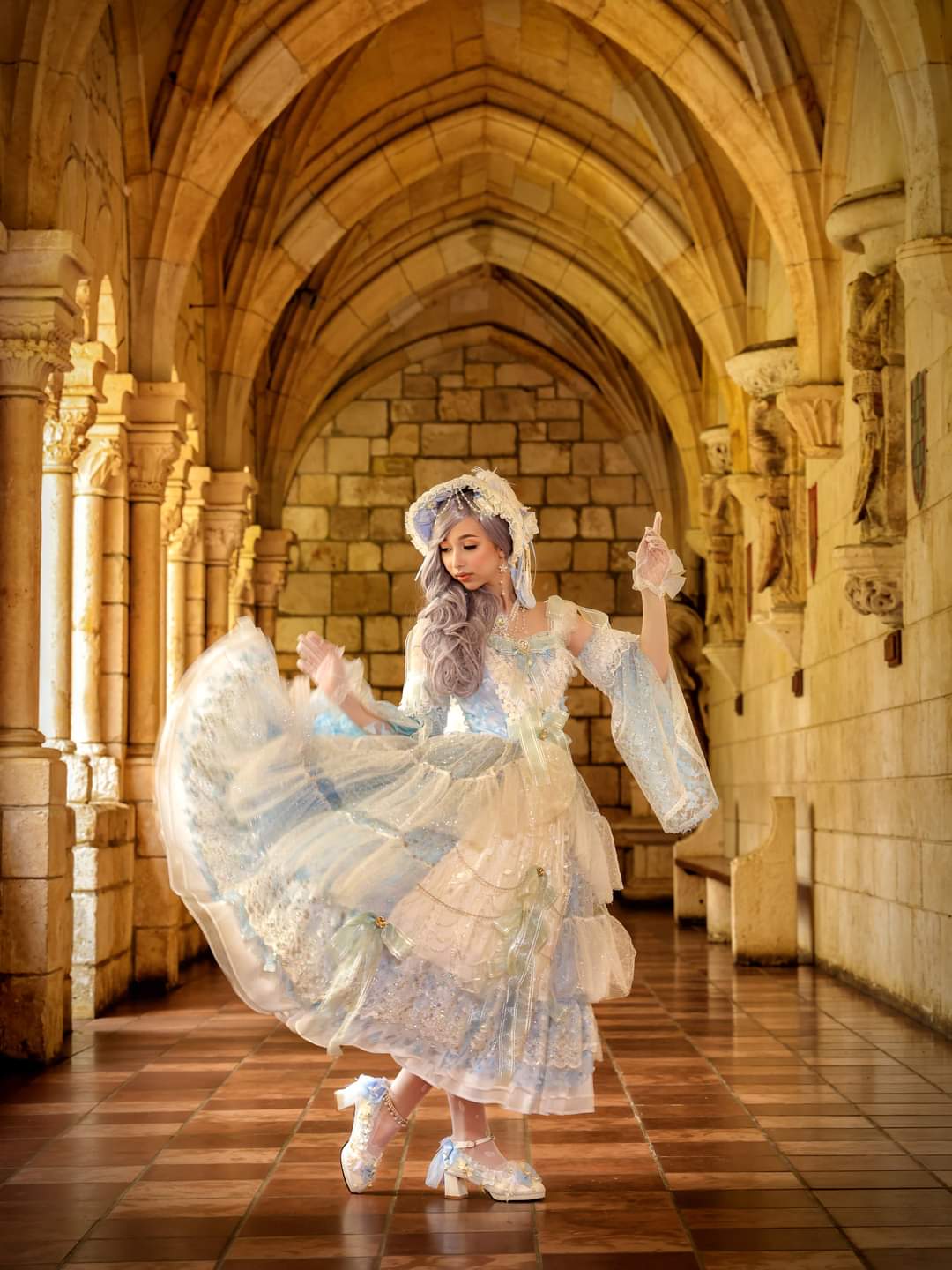 Starting from a young age almost every girl of hispanic descent is reminded that one day they will be the star of their own extravagant celebration. This all-out party is called a Quinceañera and it has a history dating back hundreds of years. The Quinceañera is a celebration to commemorate a girl reaching maturity. This turning point is on a girl’s 15th birthday.

The origins of the tradition itself is not known for certain. However, there are theories that scholars have put together. Some believe that the tradition came from 18th century Spain. Others say that the tradition started way back in the time of the Aztecs and Maya. They were known to partake in rite-of-passage ceremonies like the Quinceñera. The Spaniards that colonized them were thought to have brought the aspect of Catholicism into the Quinceañera. Due to this the creation of the traditional Quinceañera is generally considered to be an amalgamation of many cultures.

Originally, the Quinceañera was meant to mark the point when a girl was ready for marriage. By the age of 15 girls were taught to cook, clean, sow, etc… all the skills to be a suitable wife in the eyes of the public. Due to the increase of human life expectancy since the beginning of the tradition, the purpose of the Quinceañera no longer serves to create wives. However the idea of a girl turning into a woman still persist in many households. This means that they may be allowed more freedom to date, to wear makeup and to wear high heels. Every family may have a different definition of “becoming a woman” however.

Traditions of the Celebration

On the day of the celebration, the birthday girl will be accompanied by a couple of her closest friends. These people are considered the court. Traditionally there are 14 damas and 14 chambelans, each couple representing each year of a quinceañera’s life. Many families have altered this tradition by having 7 damas and 7 chambelans, only 14 damas or only 14 chambelans. The court is similar to the bridesmaids and grooms found in weddings. Similarly, the damas wear gowns to match the theme of the party and the chambelans wear suits. The court accompanies the quinceañera in many parts of the celebration like the mass and the main dance.

The Quinceañera is originally a Catholic tradition so a mass takes place before the party. At the mass the quinceañera is first introduced with the court accompanying her. Her parents and godparents may also accompany her at this time. The quinceañera is allowed to choose the readings for the mass. She may choose to read them herself or ask a family member to read them. She then renews her promise to God and the Virgin Mary. She may also present flowers to the church’s statue after the mass to make a devotion to the Virgin Mary. The Quinceañera has also spread into all parts of South America as well as other latin countries so the religious ceremonies may be different depending on who your family worships.

It is custom for the first dance of the party to be one between the quinceañera and her father. This is supposed to be the quinceañera’s first public dance, representing that she is ready to be “introduced to the world” and that she has now matured.

There is also a waltz that is performed by the quinceañera and her court. This dance may take months to plan as most people involved are not experienced dancers. Some families even hire professional choreographers for the occasion. This dance is one of the most common events in every Quinceañera.

One of the things most quinceañeras look forward to the most is the incredible gown that they will wear. This dress is usually an extravagant ball gown complete with all the tulle, layers, and sparkle to make the birthday girl shine. This dress is actually traditionally white in many countries to symbolize virginity but, in many cultures the dress has changed to be an assortment of colors. “Author Olda Nájera-Ramírez points out that pink and other pastels are common in Mexico, Central America, Puerto Rico and Cuba.”

You have probably realized that most parts of a quinceañera are in some way symbolic. This continues even with the small accessories included in the birthday girls’ outfit.

The tiara symbolizes unity with God and loyalty to her community. Along with that there is a scepter and heels that symbolize maturity and responsibility for her new life as a woman. Most also choose to gift the quinceañera with a doll that matches her outfit, complete with the same dress and accessories. This doll symbolizes her childhood that she has left behind once the celebration has ended.

Breaking Away From Tradition

Nowadays, the Quinceañera tradition is still going strong. We still see the beautiful dresses, spectacular parties, and unity with family. Many people still follow the traditional customs of the Quinceañera. However, many quinceañera’s have chosen to modernize the tradition to fit the times.

For example, some people choose to remove the mass entirely, leaving only the party. Others may choose to change existing traditions. The waltz, for example, has been changed to a dance to pop music or any trending music the birthday girl enjoys. Depending on the girl, almost all parts of the tradition are altered to make a memorable party.

In a way, the celebration has been changed drastically as many people have added or substituted parts of the tradition. This includes things like large trips instead of a party or an additional professional photoshoot. For many, these more luxurious events are a tell to how our parents have had more opportunities for a better income and celebrates how far they have come.

MAST students and faculty have come forward to share their own stories and experiences. From the survey conducted we learned about the variety of celebrations that our generation has had.

First of all, we asked the question: Did you have a Quinceañera party? From the results it is quite obvious that the times have changed and many prefer to spend the money from a party that will only last a couple of hours for other things.

From the people who answered no, 3 out of the 5 said they went on a trip or are planning to go on a trip instead. Interestingly enough, everyone who answered no to having a party said yes to taking professional pictures. Actually, most people who answered the survey had a photoshoot. This shows that even quinceañera’s that choose the non-traditional route choose to commemorate some part of the original tradition by dressing up in stunning dresses to remember this time in their lives.

Although many people did not have a very traditional Quinceanñera, there are still people who choose to celebrate following the original traditions. For example, one student mentioned that they had the church ceremony that was mentioned earlier in the article.

We also got a response from Mrs. Martinez, a faculty member here at MAST. Although her Quinceañera was in the early 2000’s, her experience is an example of traditional values of the celebration. She said, “It was a big transition for me as a young lady. My parents were traditional, so this was when I became an adult in their eyes: I was allowed to date (not without a chaperone though…really traditional), when I was allowed to finally wear makeup, and more importantly I was finally allowed to wear high heels”. She gives an example of this celebration marking the turning point in her life where she transitioned from childhood to womanhood.

In the survey we asked the question: Was your Quinceañera meaningful? If so, why? The responses we received showed that the most important part of the celebration was never forgotten. The Quinceañera is still a celebration to bring friends and family together as well as commemorates hispanic culture. Below are a couple of quotes from the faculty and students at MAST.

“They were so special to me. I’ve always dreamed of wearing a fluffy dress, makeup, heels, hair done, and all that came to life, and the process was so much fun alongside my family and friends.”

The Quinceañera has been around for centuries. The tradition has kept evolving to fit modern society but the core purpose has stayed the same. It is still a celebration to celebrate family and friends. The students and faculty at MAST have shown the importance of keeping this tradition alive and the importance of celebrating their Latin culture.