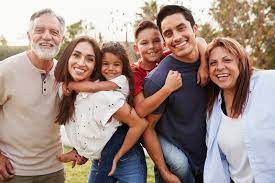 What are Health Disparities?

Within the United States, there has always been controversy regarding the American Healthcare system, insurances, and arguably the most prevalent today, the disparities present within healthcare for minority and marginalized populations within the country.

According to the CDC, health disparities are “preventable differences in the burden of disease, injury, violence, or opportunities to achieve optimal health that are experienced by socially disadvantaged populations.” These disparities are caused by various factors, such as poverty, environmental factors, and inequalities within other areas of life, such as education. A lack of proper education due to economic, familial, or other factors, can lead to individuals being at a higher risk for developing a substance abuse disorder, lacking knowledge regarding general healthcare resources, and more.

Specifically within the Hispanic community in the United States, healthcare disparities are widely present due to language barriers, economic factors, educational barriers, insurance coverage, and other Hispanic-specific health concerns that go widely unacknowledged.

Regarding the language barrier, 2019 census data shows that over 70% of Hispanics speak a language other than English in the home. From my own experience as the daughter of two Hispanic immigrants, visits to the doctor can cause worry and anxiety when English is not the first language of the patient. This causes difficulties with communicating your health concerns with your doctors, along with understanding the questions, diagnoses, and recommendations. Because of that, many tend to avoid visiting the doctor until health concerns become extremely imminent or dangerous, which leads to much poorer healthcare outcomes. In areas where more individuals and doctors speak Spanish (such as Miami), this issue is slightly less prevalent, but still causes a certain level of disparity within the healthcare system for the Hispanic population, along with other populations where English is often not the first language spoken.

Economic factors affecting the Hispanic population in the United States—along with other minority groups—also contribute to barriers to accessing equitable healthcare. According to the 2019 census data, the average median household income for Hispanics is significantly lower than that of non-Hispanic whites (~55k vs. ~71k). This disparity, along with other economic and workforce inequalities in the Hispanic population, causes lower access to healthcare, which is often expensive and difficult to obtain, and this is made worse by lower financial strength.

These economic disparities also lead to difficulties within the topic of insurance within minority groups. Hispanics have the highest rates of being uninsured than any other racial or ethnic group in the United States. As of 2019, about 18% of the Hispanic population is uninsured, which is about 3 times higher than that of the non-Hispanic white population in the US. Without insurance, accessing affordable medical care (or any care at all, in many cases), is extremely difficult. A large reason for the lower levels of insured Hispanic individuals is due to the fact that non-legal residents aren’t eligible for Obamacare, but are still counted in the percentage of uninsured in the United States. Additionally, the Spanish version of Healthcare.gov has been deemed as a “disaster” and difficult to navigate, making it significantly more difficult to actually access the process for becoming insured. Costs are also a large barrier to accessing insurance, as deductibles are becoming increasingly expensive. This, along with the economic disadvantages already present within the Hispanic population in the United States, makes accessing insurance—and in turn, equitable healthcare— unnecessarily difficult.

Along with experiencing disadvantages in actually accessing healthcare, this causes poorer health outcomes within the Hispanic population. According to the CDC, the Hispanic/Latino population accounted for 27% of new HIV cases in the United States and affiliated areas. Additionally, according to a study published in JAMA Internal Medicine, Hispanics were less likely than whites to receive care, continuing care, and achieve an adequate level of viral suppression. Similar statistics are seen with STDs, as well.

Furthermore, Hispanics in the United States accounted for 29% of tuberculosis cases nationally in 2018, and the tuberculosis rate for Hispanics is over 8 times the rate for the non-Hispanic white population. In also understanding the fact that the Hispanic population has decreased access to healthcare, these statistics are clearly detrimental to overall Hispanic-American health.

How can this be improved?

In regards to improvements that must be made to increase equity within the area of Hispanic healthcare, many things need to be done. First of all, as ⅓ of Hispanics in the United States cannot speak English fluently, an effort must be made to ensure that areas with high Hispanic populations also have access to Spanish-speaking doctors, or at least proper translation services in all healthcare settings.

Additionally, an increase of community health workers is needed. These individuals work within communities of different cultures to increase their awareness of health concerns that are specifically prevalent in their communities and ethnicities and provide them with the knowledge of available resources. Increasing the presence of these community health workers will allow Hispanic communities to have a greater understanding of their health, along with increasing the accessibility and understanding of the healthcare available to them. This can potentially improve the health outcomes of Hispanic-Americans (along with other marginalized communities).

Changes in policy are also necessary to increase access to health insurance for Hispanics, along with all immigrants. This will allow these families to receive the healthcare they need. And on a similar note, a change in the approach to immigration enforcement is necessary. According to the Commonwealth Fund, immigration enforcement efforts has negatively impacted the health of Hispanic communities by increasing their fear of seeking healthcare, along with increasing levels of stress.

Many reforms within our country are needed in order to ensure that all communities have equal access to the fundamental right of healthcare. Health should not be seen as the luxury that it is painted to be today, and change is imminent for the overall health of our country. The disparities seen within Hispanic Healthcare is just one of the many examples of injustices within minority communities in the United States, and an increased focus on aiding these inequities is incredibly necessary.