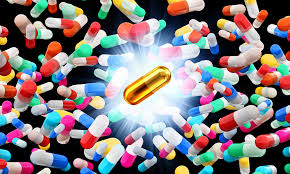 In this ever-changing world where evolution is key to human success but it is also part of our downfall. As a matter of fact, human bodies which can host bacteria and fungi have learned to resist drugs such as antibiotics. However, the latest scientific discoveries may prove that gold can be a solution to antibiotic resistance.

What Exactly Is Antibiotic Resistance?

Antibiotics are medications that are used to prevent and treat bacterial infections. Antibiotic resistance is when a pathogen resists the drugs and medications used to kill it. Bacteria is what causes several dangerous infections such as pneumonia, and tuberculosis. Antibiotic resistance has become a global issue for one big reason only. When developing an illness or infection antibiotics have become the traditional way of treating it, without antibiotics many people would die.

Why Does It Happen?

This is a result of natural evolution. When microorganisms are exposed to an antibiotic, the weaker microorganisms are killed. This leaves behind the more resistant ones, which can pass on their higher resistance to their offspring.

Additionally, listed below are deadly infections that are becoming more deadly due to the decreasing effectiveness of antibiotics:

Why is Knowing about Antibiotic Resistance Important?

The History of Gold in Medical Research

Why Is Gold the Next Best Option?

Researchers from the Southern University of Science and Technology and Fudan University in China, and the University of Leeds in the UK, began to study gold nanoclusters to make it more appealing to bacteria and less damaging to human bodies.

What Modifications Did The Teams Make?

Engineers and researchers manipulated the behavior of gold nanoparticles in different ways. One is size control, which keeps the particles under two nanometers helps the particles slip through kidneys better, making for a quicker exit from human bodies. The researchers focused on limiting the size of the clusters to 25 atoms.

The second is to have ‘sticky’ chemical structures called ligands. This allows gold to be tracked and helps control the particle’s shape. Bacterial cells are strongly negatively charged than the cells of mammals. Using the idea that opposite charges attract, the gold nanoclusters were wrapped in pyridinium and zwitterion.

The molecules are part of the zwitterionic groups, which are also found in the lipids of cell membranes in mammals. This makes the gold nanoclusters more compatible with host mammalian cells, rather than harming these cells.  Pyridinium helps make the gold more attractive to bacteria,  zwitterion showed improved stability and increased compatibility with tissues.

Results From This Study

The gold nanoparticles were tested on Methicillin Resistant Staphylococcus Epidermidis, and it had an impact on the bacteria, proving that gold could be used in antibiotics. They tested three antibiotics – each representing a different class of antibiotics – against MRSE with and without the gold nanoclusters. In one case, the dose required to inhibit the MRSE’s growth decreased more than 100.

Things To Keep In Mind About Antibiotic Resistance: