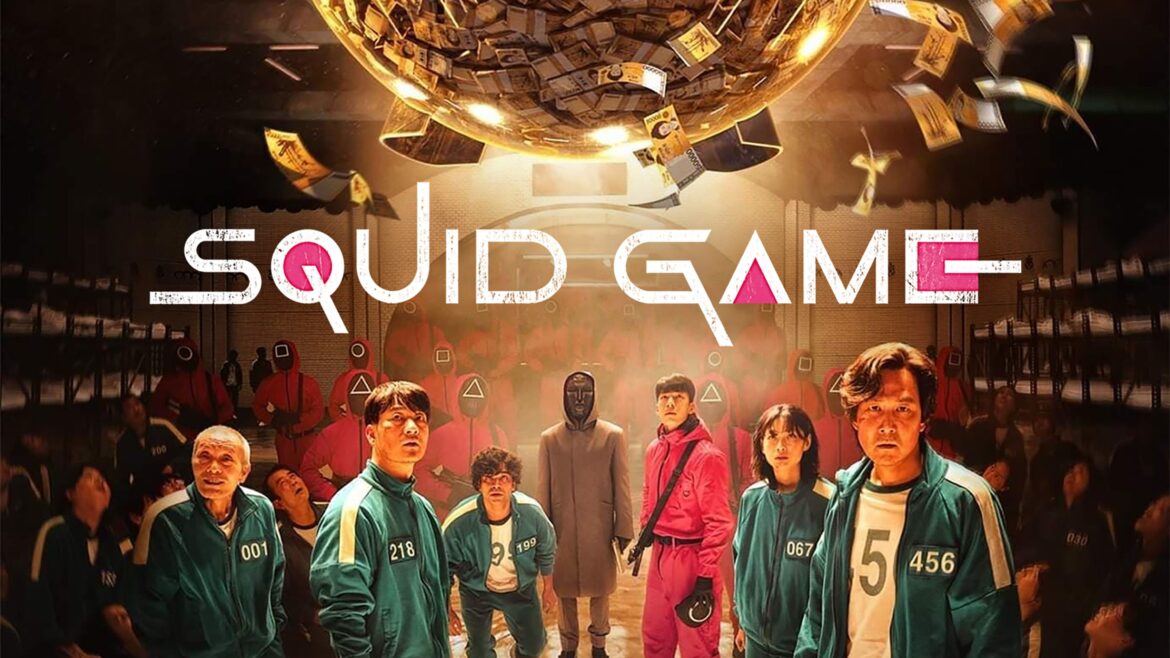 What Is Squid Game?

Have you ever played games like tug-a-war, red light green light, or even hop-scotch? Many of these activities are part of growing up and are an essential part of this process. However, a South Korean drama show, called Squid Game has taken these childhood games to the next level. Squid Game surrounds individuals who are all in debt facing some sort of financial crisis. These individuals are first tricked to participate in a deadly tournament of childhood games. Though these individuals understand the consequences of playing with their own lives the participates still continue. The show continues on until there is only one winner, who will win a large sum of money.

This show is not for those who are sensitive to gory content and maybe the fuel to where nightmares come from. However, millions of individuals have been having squid game-related nightmares since seeing the show. Google searches for the term “squid dream” or “squid game dreams” have spiked since the show’s debut in mid-September, according to google trends data. EachNight’s researchers found that online searches for the phrase “squid nightmare” had increased by a staggering 4600% since Oct. 10.

What Exactly Are Nightmares?

Nightmares are extremely vivid, disturbing dreams that someone can have. These dreams can cause an individual to wake up from deep sleep. Nightmares occur mainly during the REM cycle where most dreaming takes place.  REM stands for rapid eye movement, which occurs when the eyes move rapidly in different directions but does not send the brain any visual signals. REM sleep begins after 90 minutes of being asleep and appears in cycles. Each one gets longer whenever the cycle repeats itself.

Analysis from a study presented that sleep is essential to how people make memories. This leads to vivid dreams in accordance with the Sleep Foundation. Vivid dreams such as nightmares occur during REM sleep because the brain is more active and stimulated during this time. These dreams are a window into the unconscious mind. The reason for nightmares can vary from person to person, and the events they have gone through or experienced.

Signs Of Having A Nightmare:

There are also sleep terrors, which are similar to dreams but significantly different. Unlike nightmares, those who experience sleep terrors can not recall the distressing dream they experienced. Sleep terrors are relatively rare compared to nightmares.

The Types Of Squid Nightmares

Individuals who have watched Squid Game experience nightmares because of watching people go through traumatic experiences through their devices. A large number of people are experiencing these nightmares because it hits a core memory for a large population of us, childhood games. Our brains try to process these memories that are traumatic or emotional which can lead to nightmares. Individuals have experienced PTSD-type symptoms from Squid Game-related dreams, whether it be related to debt or one of the games itself.

The contestants are individuals who are participating in winning the games. Dreaming about this may indicate some form of struggle or stressful situation someone can be experiencing. Dreams can relate to events, feelings, goals, and more that are occurring in everyday life. Things such as modern pop culture like Squid Game can allow an individual to understand their life through a different perspective.

Dreaming about being a contestant may indicate a strong desire to win in life. Being seen as a contestant participating in Squid Game may underline the feeling of being on the sidelines and wanting to take the chance to become someone in the spotlight. To interpret this type of dream determine if there is something you may want that you aren’t going after.

Red light, green light is the first game in the show in which participants compete. The basic rule is that the movement occurs when the announcer states green light. When the announcer states red light contestants can not move or else they will be eliminated, in more than one way. This dream can indicate the feeling of something starting and stopping. It can be a relationship, project, event that is happening in life.

This dream could also indicate the sense of sneaking around. Especially in teenagers, sneaking around is not something new. Many youths want to experience partying and hanging out with others. This type of dream shows that stealth and silence will allow individuals to get where they want.

Dalgona is a sugar honeycomb candy that comes with a shape in the middle. The honeycomb is the second game in the show, where players must perfectly pick out a shape that is in melted sugar. If they break part of the shape, the contestants would be eliminated.

This type of dream can express the fear of making mistakes. The honeycomb game is based on perfection and if one mistake is made the contestant is eliminated. This can relate to a situation in life in which something needs to be perfect and one mistake can cause severe consequences.

Tug of war is the third game in the show in which contestants are split into two teams. These teams must pull the rope which the winner is determined by whoever did not fall off the platform.

Having a tug of war dream may explain the dynamic of some relationship in life, having to tug one way or another. Another indication is feeling as if being pulled in two separate directions for two choices. The dream shows an internal struggle and trying to decide the best course of action. Dreaming of winning this game can show that there is already an answer and it must be acted upon.

Marbles are the fourth game in the show. Contestants play in teams or two, the rule of the game is to obtain the opponent’s marbles to continue on. The contestants can play any marble game as long as one of them wins the other’s marbles.

This type of dream can correlate with the fear of losing someone you care about. This is due to the fact the marble game individuals are split into teams of two, many picking a friend to play with them. However, they do not know whoever loses is eliminated.

This is the fifth game in the show, which is basically the same thing as hopscotch however players will go on the glass and fall to their demise if they choose the wrong choice.

The dream may explain the fear of something in real life going on. It can feel like being on the edge of the situation, on the verge of falling into a bad situation. There is a feeling of little to no control over what can occur.

The final game, related to the show’s title is Squid Game. This game is split into two teams defense and offense, and they must compete to win the large sum of money.

This dream can express the betrayal of someone close, it may be due to having to move on from a situation and win at life.

Are Nightmares Good OR Bad?

As shown in a study by the University of Geneva and University Hospitals Geneva, subjects were tested on what part of their brain reacted to certain dreams. For subjects who reported having lots of frightening dreams, the dreams triggered less of a response in the two brain regions mentioned above. As well as the amygdala, the brain’s ‘fear centre’. Rather than patients who reported few or none. Patients who had more bad dreams showed more activity in the medial prefrontal cortex, the region of the brain that’s known to ‘dampen down’ the fear response. Nightmares allow individuals’ brains to prepare for threatening situations, causing the reaction to not be as drastic as before.

Though nightmares seem to have good benefits it does have some consequences. Nightmares can cause sleep deprivation, which is a state of having inadequate sleep. This island can lead to underlying problems such as depression, heart disease, and obesity.

How To Have Fewer Nightmares

Nightmares are not something new to anyone, but Squid Game sure is. Combining both can lead to consequences such as squid game-related nightmares. These nightmares are caused due to the fact Squid Game is a gory show, and many viewers may be seeing it at night. This increases the effect of the REM cycle being disrupted. Due to Squid Games increased popularity, a large portion of individuals have been facing nightmares relating. It is normal to get nightmares, however, it is not always healthy— just like participating in deadly games.