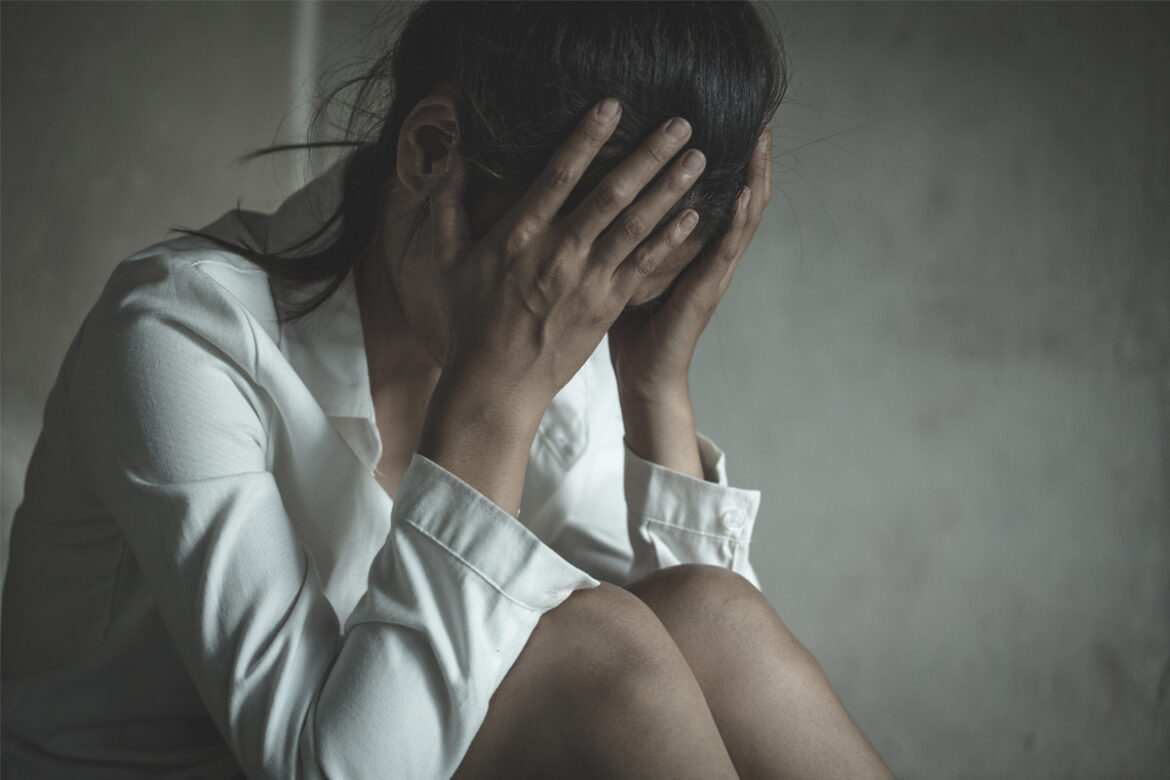 I am in bed, it is late, I am tired, yet I can’t fall asleep. My eyes become glued to the ceiling, and much like the ceiling, my mind becomes a blank canvas leaving me room to wonder. Maybe I’ll begin thinking about what I’m going to eat for breakfast when morning comes, or perhaps I’ll even start making up exaggerated scenarios about me and my love interest. But no matter how hard I try and wish for these scenarios to play out in my head late at night, it only becomes more difficult. Why? Why won’t my mind allow me to fall asleep? Why won’t my mind let me forget?

My mind becomes consumed by thoughts of fear, regret, and disgust. Images I’d wish to forget constantly haunt me and replay in my head on an endless loop of unease. And no matter how hard I try to suppress the memory, it always finds a way to creep back around, and again I relive the moment that left me feeling humiliated, degraded and robbed.

SAAM, Sexual Assault Awareness Month, has always been about both the awareness and prevention of sexual assault, harassment, and abuse. It’s impossible to prevent an issue no one knows about which is why it is so important to talk about it. The above scene delineates the classic mindset of a victim/survivor. Victims/Survivors may experience shaking, anxiety, flashbacks, and nightmares after an attack. This can begin shortly after the attack and continue for a long period of time. Nightmares may replay the assault or include dreams of being chased, attacked, etc. Survivors often fear that they are “losing it” and may feel that they should be “over it by now”. Emotional responses can vary from survivor to survivor; check this resource out for more info:

It Can Be Anyone

He was someone I knew…

We met during our freshman year of high school, and throughout the next few years, we had gotten closer through mutual friends and shared classes. A friendship between the two of us developed, I began to trust him, and I did not see a reason to keep my guard up around him. Or so I thought. Someone who I believed to be my friend became a stranger in a matter of seconds. The friendship that formed over the past three years became nothing but a lie, the trust established was taken advantage of, and the comfort that I believed to be there suddenly dissipated. But he was my friend, was he not? He would not do this to me, would he? Am I making this more significant than it needs to be?

No, I am not. I am not blowing this situation out of proportion. What happened to me in that classroom is real and will remain etched in my memories for the rest of my life. There are days where I can not do daily tasks, like wash my hands, without experiencing it all over again and become suffocated by feelings of disgust and hatred. That moment continues to haunt me and will for the rest of my life. I will not minimize what happened, even if he was someone I knew and considered a friend because; it can be anyone.

The majority of children and teen victims know the perpetrator.

Of sexual abuse cases reported to law enforcement, 93% of juvenile victims knew the perpetrator:
– 59% were acquaintances
– 34% were family members
– 7% were strangers to the victim

Maybe You Won’t Realize In That Moment

It has been about a year. Months have passed by, months fueled by denial and sheer oblivion of the situation that occurred. Moments following the incident, it’s as if I blacked out and emerged with a tunneled vision. I found myself reaching for excuses to explain what happened and refusing to see the situation for what it was, assault.  For so long, it was something that I could not seem to make sense of, or more so, I did not want to. Slowly, I was unconsciously erasing that nightmare of a memory. Whether it was my subconscious way of surviving or my inability to accept what has been done to me, one thing is clear: at that moment, and for the next several months, I did not realize what happened.

Survivors may experience feelings of disbelief or denial about what happened. Survivors may feel emotionally detached or drained, and at times may be unaware of what is happening around them. Other reactions to the emotional shock may include: crying uncontrollably, laughing nervously, withdrawing, or claiming to feel nothing or to be “fine”. Survivors often may feel overwhelmed to the point of not knowing how to feel or what to do.

But the instant I was no longer able to suppress the hellish memory and the reality of what happened set in, my chest became heavy, I could not seem to breathe, and my eyes began to sting. Panic attacks seemed to have become a part of my daily routine. In the shower, while reading a book, laying in bed, or making myself something to eat, the attacks were inevitable as my mind had become overwhelmed by the thought of him and what he had done. Grappling with the idea of sexual assault was emotionally challenging but, the realization was trauma in itself.

The likelihood that a person suffers suicidal or depressive thoughts increases after sexual violence.

I can’t help but wonder why this is all happening now? Why is this memory that I had been able to keep back for so long now resurfacing? Maybe it is because I finally felt “safe” enough to process what had happened. A word I did not think I could ever associate with this situation because I had a personal relationship with the perpetrator and I had to see him every single school day. I couldn’t bring myself to paint him for what he was. Instead, I seemed to have created significant distance between myself and the situation that I would have much rather forgotten, practically separating myself from reality. With this came a delayed understanding of what happened that took over a year to be thought about again. But whether it had taken days, months, or years to have this moment of realization, the time that had passed would not have made my experience any less significant or traumatic.

Where To Go From Here

I kept myself in the midst of nothingness for a very long time, I was beginning to get used to the numbness that came with choosing to avoid the problem. But eventually, this bubble of obscurity that I had created around both myself and the issue could no longer keep the severity of this situation encased. The bubble exploded, as did my psychological state and the emotions that I had kept bottled up for so long. Though with this explosion of a realization came struggle, it also allowed me to begin to work through the process of healing.

Sexual harassment, assault, and abuse can happen anywhere, including in online spaces. Remember, you do not have to reduce what you experienced because he was someone you knew. Do not diminish your emotions and feelings because he was someone you thought you could trust. The mental, emotional, and physical toll endured does not need to be brushed off because what you have gone through is real and inexcusable.

If you or someone you know is a survivor, please seek help from the National Sexual Assault Hotline at 1-800-656-4673 or RAINN.org.

Giselle Garcia is a budding newspaper writer, with nine previously published articles, who won’t shy away from the opportunity to educate and entertain her readers. Whether it be a feature article or world news, her goal is to ignite the readers thought process and leave them with something to think about. Her love for writing started at a young age, she’s been competing in writing competitions and winning awards for her prepared speeches since middle school and continues to do this in high-school. When she isn’t writing for her school newspaper, you can find her dancing around her room with the music blasting!