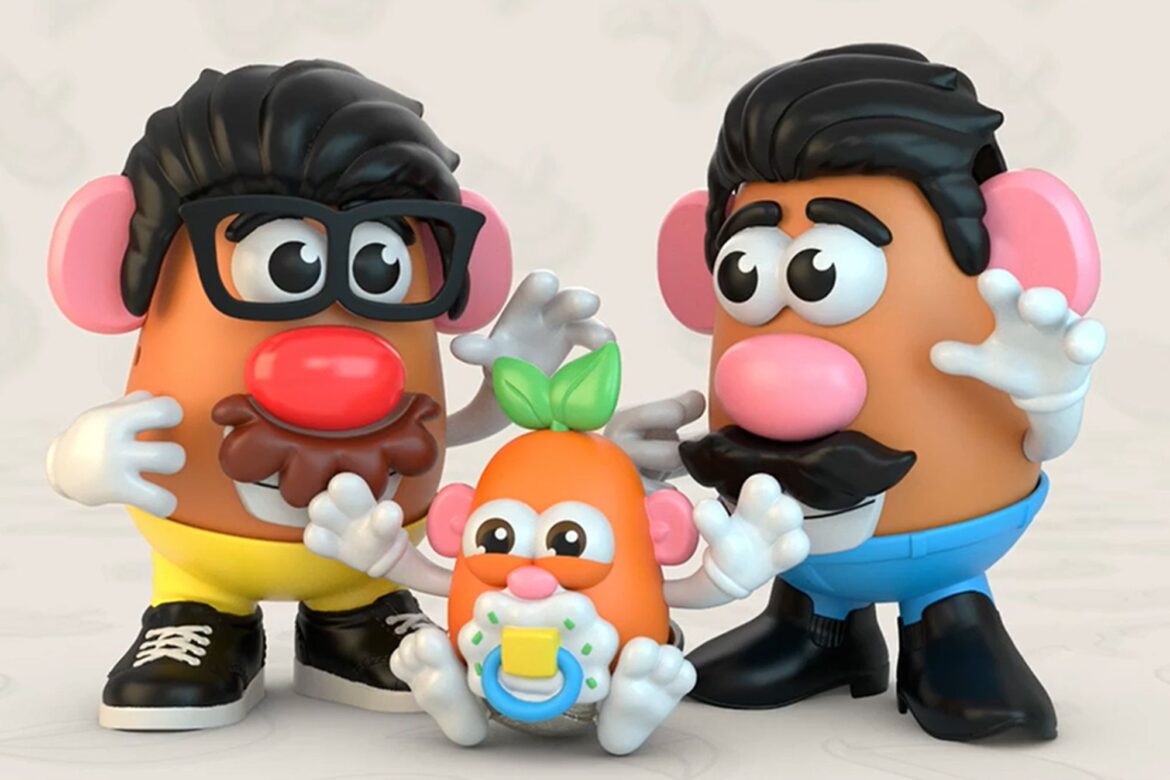 The beloved Mr. Potato Head toy is set to become gender neutral in order to successfully celebrate same-sex parents. The brand Hasbro explained that it will drop the “Mr.” from its official brand name. Instead of the traditional Mr. and Mrs., the new line of potato bodies will be genderless so that children will be able to use their imagination and design them to look however they want, this includes same-sex family units.

Although there was a rebrand, Hasbro has had to clarify that the original toys would not be taken off the shelves. This rebrand is simply a change that is necessary during times of change. The senior vice president and general manager of Hasbro have said, “The way the brand currently exists—with the “Mr.” and “Mrs.”—is limiting when it comes to both gender identity and family structure”. The potato head toy is now just one of many other toy brands that have become more gender-inclusive. The brand that makes Barbie and Mattel has taken it a step further with dolls that celebrate differently-abled bodies, gender fluidity, and diverse skin tones.

Although many have agreed to this change, others find it highly controversial that a gender-neutral rebrand took place. The people who disagree are linking these changes to “woke” politics. Their disagreement over the new line of toys has been through a series of tweets such as, “Who was actually offended by Mr. Potato Head being male? I want names. These woke imb****s are destroying the world”. The online uproar is completely unnecessary since the rebrand isn’t all that far off from the original point of Mr. Potato Head, a spud-shaped toy designed to be changed, molded, and designed into whatever you want it to be.

The collection is set to launch this fall, and in the meantime changes like these should be embraced. This generation is going to continue moving forward with changes that make the people around us feel seen and heard. It is important to pave a path where younger generations can grow up and see themselves in the toys they play with and spread the message that no one’s unique qualities are exempt from our society.

Fernanda Cocoy-Calix is a writer for The Caduceus Times newspaper. Fernanda’s passion is to write attention grabbing and click worthy articles for the student body at Mast. She’s on a mission to find out what you want to read about the most. To do so please reach out to her email fernanda.cocoy-calix@mastacademyhomestead.org.