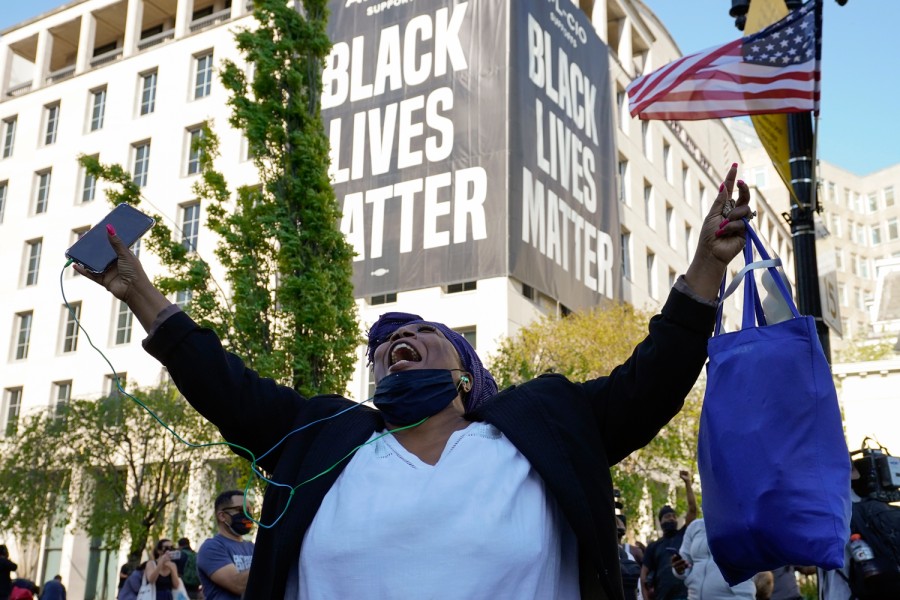 Derek Chauvin was found guilty on every count. However, one murderer in jail does not fix the system that has been designed to exterminate and imprison black people. This does not fix policing in America.

We all witnessed when George Floyd was murdered in the streets. And yet we still sat in anticipation not sure if the murder that was broadcasted to the entire world would have the perpetrator face any consequences. That is how broken our system is. That’s how accustomed to injustice the black community is.

Derek Chauvin is just the second officer to be convicted in an on-duty death case in Minnesota’s history. Since 2005, only five non-federal law enforcement officers were convicted of murder in an on-duty shooting and not have their conviction later overturned. Statistically, murder by the police goes unpunished.

The audacity of those to say that we have received justice flabbergasts me. Justice is equity, justice is when the systemic brutalization of black people by the hands of the police stops, justice is George Floyd going home to his daughter, to his family. The court held a murderer accountable, but we are far from justice.

Police act as the judge, jury, and executioner. Black people are three times more likely as white people to be killed during a police encounter. Black people do not get the luxury of being judged by a jury of their peers. Instead, they are massacred in the streets; their guilt or lack there of does not matter.

George Floyd was suspected of using a counterfeit twenty dollar bill, Eric Garner was selling single cigarettes, Tamir Rice had a toy gun, Elijah McClain looked “sketchy”, Breonna Taylor was sleeping. And a death sentence was laid upon all of them.

And in all cases I’ve mentioned, except that of George Floyd, the police got off scot-free. So I must ask, how can one have the nerve to tweet out “I can breathe”, the day Derek Chauvin was convicted? How can companies that have a long history of monetarily supporting police departments have to gall to release statements calling for justice? How was it possible for white people to even dare to try and paint George Floyd as a martyr for a movement?

White supremacy will and does take everything from black people, their lives included. White power enables them. White power enabled Derek Chauvin to kneel on George Floyd’s neck for nine minutes and twenty-nine seconds as he pled for his life and called out to his mother.

Osarenren Izevbigie is a published poet and Best of the Best Winner in Deadline Prose in the FSPA 2020 Digital Contest. She is a writer for the Caduceus Times who focuses on opinion and news writing. She’s on a mission to convince her peers that there’s more than just their town out there. When she’s not working you can find her sketching away, watching video essays, or spending too much time on Twitter