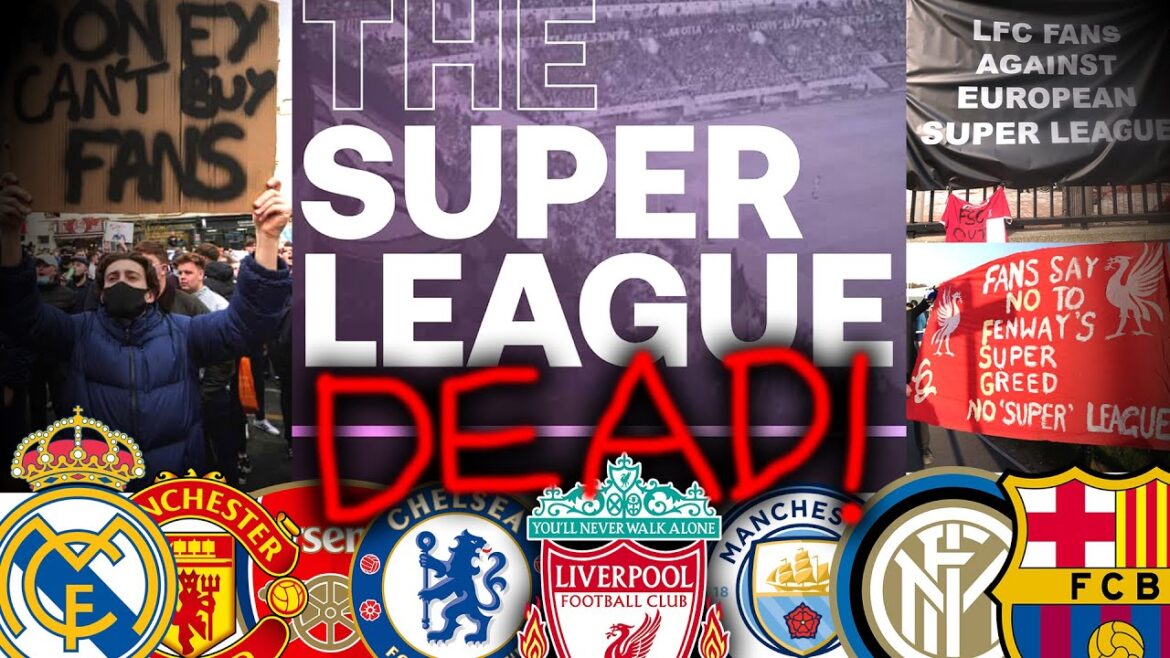 Why the Super league never took off!

Twelve of the biggest, richest, and best European soccer teams announced they were going to form a new midweek competition called “The European Super League”. The reaction was swift: fans revolted and took their anger to the streets, soccer governing bodies threatened to kick these teams out of other competitions, large-scale condemnation from the press, teams started to back out and issue apologies one by one. Forty-eight hours after the announcement, the league was all but dead.

The idea behind this was for the top European soccer clubs to start their own competition in 2021. This sent shock-waves through the soccer community, with clubs afraid they wouldn’t be a part of the competition and fans feeling that another tournament would be too much. Plans claimed, a 16-team tournament would begin as early as 2021. This competition would be similar to the Champions League an annual soccer competition organized by the Union of European Football Associations and contested by top-division European clubs, deciding the competition winners through a group and knockout format. Teams would play in a group stage followed by knockout rounds to claim a European Super League Champion.

The format of the competition would favor some of the strongest, biggest clubs in European football. Of the 16 teams contesting the competition, 11 would be labelled as “core founding” clubs which are Paris-Saint Germain, Barcelona, Real Madrid, Arsenal, Chelsea, Liverpool, Manchester City, Manchester United, Juventus, AC Milan, and Bayern Munich.

These 11 clubs would be guaranteed their places in the Super League for 20 years and would be “immune to relegation”. This means that there would be five spaces available for other teams to fight for if they wished to enter the competition. It is claimed that a European Super League would usher in the end of the Champions League, the most popular cup competition in the world of soccer. It is also believed that a Super League would negatively affect domestic competitions, as clubs would focus on the breakaway competition due to the amount of money at stake. All in all, this was a very problematic proposal due to the fact that it was driven by the greed of billionaire soccer club owners. This puts at stake the principles, tradition, and history of the sport. The creation of the ESL is yet another example of how unchecked wealth and power in sports can upend healthy competition and a sense of community.