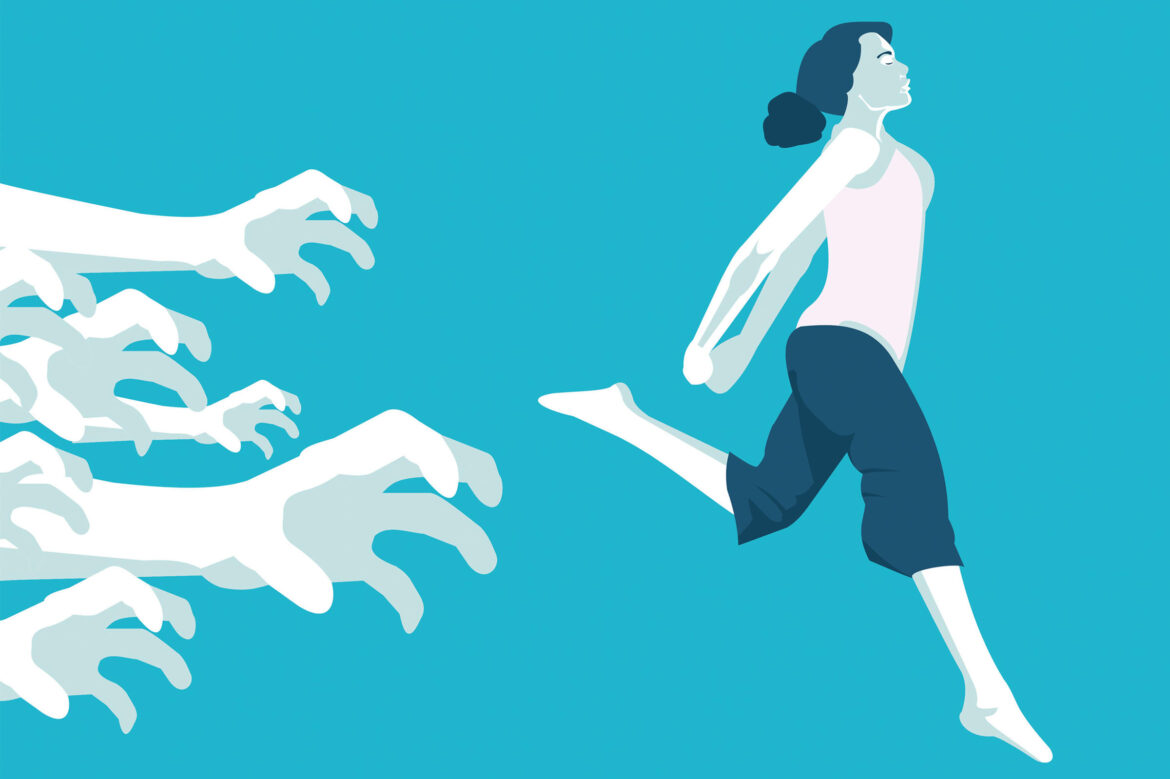 Why It Won’t Ever Be A Perfect Day

It is a beautiful sunlit Friday Morning; the sun is gradually starting to reach its highest point, and the time for a run couldn’t have been better. Soon, the warmth of the sun will have laid its touch on everything giving the atmosphere around me a serene feel, and the world will seem to be still. I’m in the zone; the only thing I feel is the ground as my feet hit the pavement, the only thing I can smell is the scent of freshly cut grass combined with the odor of sweat, and the only thing I can seem to hear is my heavy breathing and heart beating. That is, until a passing car honks and the driver shouts unwanted comments at me, sending me into a panicked state and
causing a significant rise in my heart rate. What was once an outlet for my mind has now become a threat to my safety.

What Woman Have To Face

The situation described is one I’ve experienced more than once, and unfortunately, it is a scenario that many other women have also had to face. The frightful honking of horns, the slowed tormentful driving, and the dreaded cat-calling are all examples of harassment that I, and other women, have had to endure when out in public.

In a 2014 2,000-person national survey commissioned in the USA by Stop Street Harassment, a non-profit organization dedicated to ending street harassment worldwide, the survey found that 65% of all women had experienced street harassment. Sixty-five percent of women have experienced attention they did not ask for and harassment that they could have gone without; this number only accounts for the women that chose to speak out about it.

What was once an experience that helped relieve my mind, release endorphins, and boost my physical and mental energy is now an activity that I can’t pursue without fear and anxiety taking over. There are moments where I hesitate to even step out of my house and go on a much-desired run; my mind becomes a pinball machine of questions. “Do I want to deal with this today?” “What if something bad happens?” “How will I react?” The questions are never-ending, and there are occasions when fear wins. But there also times when the desire for a chance to feel good in my own body perseveres. I manage to push those questions back and go on a long-awaited run. And this, of course, doesn’t come without uncomfortable precautions.

What We Can Do About It

What was once an outlet that granted us feelings of freedom and euphoria may now seem to feel like an activity that we can no longer take part in due to fear. But if you’re anything like me, running might be something you just can’t let go of with ease. And because of this, you may begin looking for things that would stop street harassment. Whether it be a change of clothes, a different running route, or even choosing to run in groups, the frantic search for a “solution” to this problem is endless. Yet, no matter how much we seem to change, the harassment does not go away. Why? Because we are not the problem.

Street harassment is an issue that must be dealt with at the root, meaning the perpetrators must be held accountable. No, this does not mean putting yourself in harm’s way by retaliating and engaging with the offender but instead, write down details of the individuals’ car and (if possible) their license plate to later report it.

No matter how much we wish for sexual and street harassment to be a thing of the past, it isn’t. And until it is, setting standards for acceptable public behavior is a start. We must address boundaries and continue to refuse the objectification of our bodies. The day will come when these efforts will pay off, and worry will no longer be an emotion associated with going about an everyday run. Because who is anyone to make us feel uncomfortable doing something we love?

Giselle Garcia is a budding newspaper writer, with seven previously published articles, who won’t shy away from the opportunity to educate and entertain her readers. Whether it be a feature article or world news, her goal is to ignite the readers thought process and leave them with something to think about. Her love for writing started at a young age, she’s been competing in writing competitions and winning awards for her prepared speeches since middle school and continues to do this in high-school. When she isn’t writing for her school newspaper, you can find her dancing around her room with the music blasting!

Email us your story idea to [email protected]