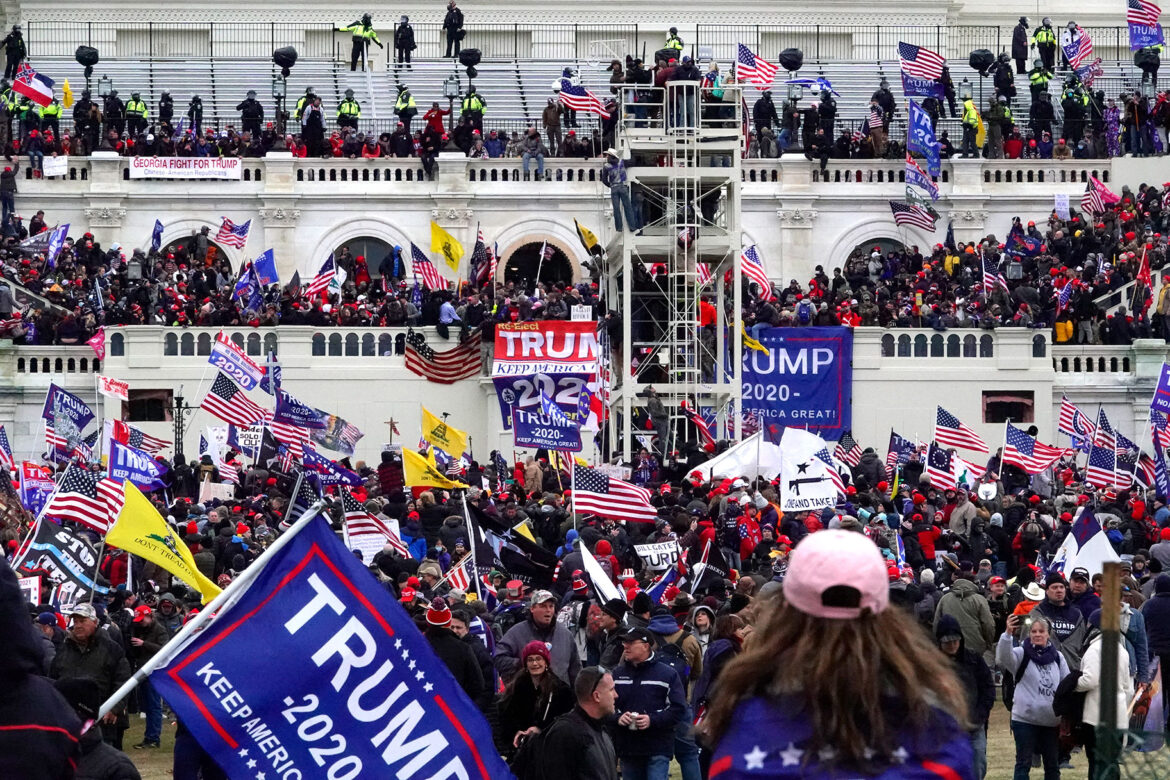 On Wednesday January 6, 2021 American history was stained. It was a day nobody saw coming or believed was possible. Not since 1814 has a group breached the U.S capitol building. Rewriting history, somehow angry mobs of Trump supporters clashed with police officers and forced their way into the Capitol building in an attempt to reverse the 2020 presidential election. At the time of the riots, Congress was in the process of validating Joe Biden’s presidential win. This event is widely being considered as one of the worst security breaches in US history; one woman was shot and three others died due to medical emergencies amidst the riot at Capitol Hill.

In addition to it being a safety breach, another big concern that has arisen from the riot are the amount of people not wearing masks. Pictures and video footage have emerged showing massive crowds of people standing close to each other potentially spreading Covid-19. Since the beginning of the pandemic it has been highly recommended to social distance as this process of staying 6 feet away from each other helps flatten the curve. It is the responsibility for every American to do their part and help reduce the burden that the health care system is facing.

The CDC guidelines recommend avoiding any physical contact with other people and to stay at home, but these rules were broken by angry mobs potentially spreading Covid-19. Thursday January 7th marked an all time high of 3,865 deaths and over 243,000 new cases. This unprecedented attack put many lawmakers and congress members at risk as they were closely packed in the chamber. Some might deny the danger, citing that law makers and congressman have already been vaccinated, but it is yet unclear whether they have reached immunity against the virus which still puts unvaccinated staff, reporters and police in danger of contracting the virus. In not detaining the rioters, the mismanagement and unpreparedness of the police allowed mask less people to become a threat to public safety and health.

Since the transmission of Covid-19 has been out of control, the possibly infected rioters will now return to their communities where many hospitals are already at maximum capacity making the situation worse. This coronavirus super spreader event is the opposite of what Americans should be doing right now. In order to prevent getting infected, the steps to take are: thoroughly washing your hands, wearing a mask, and social distancing.