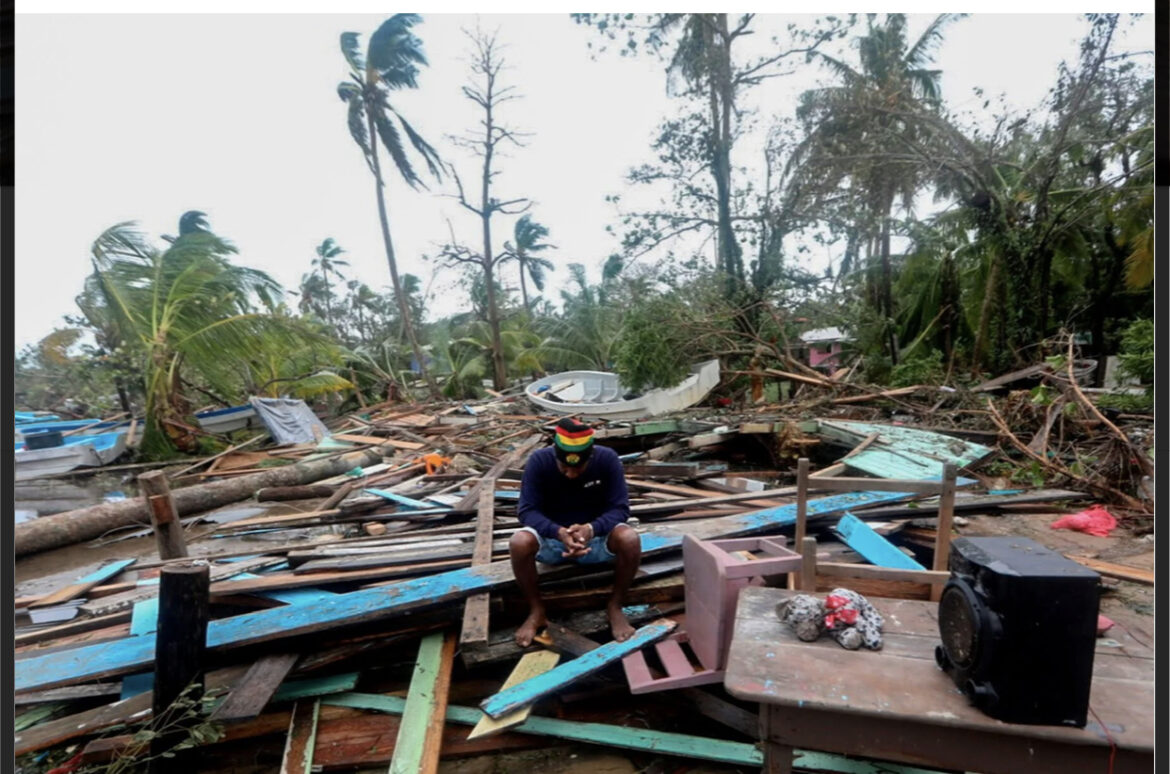 Last week hurricane Iota made landfall in Nicaragua as a Category 4 storm with torrential winds near 155 mph, making it one of the strongest storms in Nicaraguan history. Disaster was widespread throughout the country; with 6 casualties, more than 400,000 people affected, a wiped out infrastructure, and massive flooding. Many of the countries in Central America such as, Nicaragua, Honduras, and Guatemala were already still recovering from Hurricane Eta that had left many communities vulnerable to Covid-19 outbreaks and massive infrastructure loss.

As the hurricane dissipated over Central America, the extent of the damage has left these communities with barely any resources to recover for many years to come. The sadness and suffering of these people can be seen within our own students here at MAST @Homestead whose families have been deeply affected. Sophomore, Kaitlyn Muñoz, shared with me how her family in Nicaragua were affected by hurricane Iota.

Since many of Kaitlyn’s family members live near high risk areas directly on the beach, she explained how she feared for her family’s safety, while also feeling incapable of helping her loved ones other than praying for their safety. “I was scared, they live in immense poverty and had just managed to find jobs and build their house and who knew if they could ever recover after seeing that they could be hit badly”. Sadly, a member of Kaitlyn’s family suffered a great loss when Hurricane Iota made landfall in Blue fields, a municipal of Nicaragua.

After evacuating to seek shelter from the hurricane, Kaitlyn’s cousin returned to a sad sight. “My cousin found out her house wasn’t even there, everything was gone”. Kaitlyn’s cousin is one of many people who have greatly suffered due to this terrible storm. This is the grim reality for the thousands of people living in Central America. As most of the country remains under water and houses are destroyed, Kaitlyn’s best efforts to help her family are by sending money and other necessary items. Just like her, the Red cross and World Vision, organizations that help limit the spread of Covid-19 and relocate people affected, are doing the best they can.

In our city many decided to help by creating multiple drop off stations in local Miami fire stations such as Station 4 at 1111 SW 2nd Ave. Station 7 at 314 Beacom Blvd. Station 2 at 1901 North Miami Ave. Station 5 at 1200 NW 20th St. Station 6 at 701 NW 36th St, where anyone can donate toiletries, non-perishable food, hygiene products and personal protective equipment to the one’s who need them the most. Also, an established GoFundMe campaign to support hurricane victims in Nicaragua’s Afro-indigenous region of Moskitia was set up. We encourage you to help in whatever way you can. https://www.gofundme.com/f/hurricane-relief-for-the-moskitia-nicaragua.